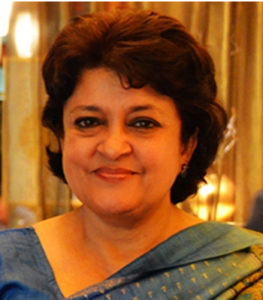 Welcome to the official website of the GP Koirala Foundation for Democracy, Peace and Development. The GPK Foundation was established on 6 January 2011 in Kathmandu, Nepal, with the purpose of promoting peaceful resolution of conflicts and accelerating the development process of countries, by embracing the vision of Nepal’s legendary leader, who devoted his entire life to establish and defend freedom for the people in our country.

As chief architect of Nepal’s peace process, GP Koirala always advocated for unity, consensus and joint action internally and externally in solving political, social, and economic problems, and during his entire life he acted upon his principles and convictions.

Girija babu, as he was known in Nepal-Former Prime Minister, Interim Head of State and President of the Nepali Congress Party- breathed his last on 20 March 2010 in Kathmandu, Nepal. Until the end, he continued to whisper the message of reconciliation, peace, unity and consensus as the only way to establish a modern, peaceful and prosperous Nepal.

As GP Koirala would have wanted, the Foundation shall become a forum for bringing people and countries together to solve problems, share ideas and develop strategies for cultural, scientific and economic development, thereby contributing to peace and prosperity in Nepal and the world.

The Foundation is to work for carrying forward his convictions into practice. Our colleagues along with the International Academic Advisory Board will always be ready to engage with national and international experts to simplify complex procedures and be of constant reassurance throughout our course of action.

The work done by the Foundation is dedicated to Girija Prasad Koirala’s lifelong struggle in Nepal and the maintenance of friendly and peaceful relations among nations. It is important that GP Koirala remains alive in the hearts and minds of the Nepalese people and the people of the world, so that future generations can be inspired from the life he has lived, the work he has done and the ideals he stood for.